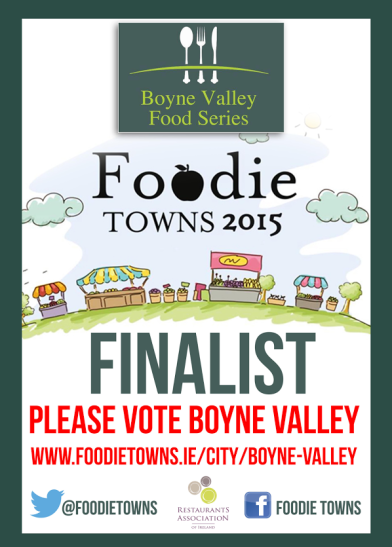 When I first moved to the Boyne Valley area, 20 years ago, there were little or no food producers, and good restaurants were scarce here, if non-existent. That was long before the heady days of the world-wide-web, Twitter, Facebook, Blogs, etc.  Yes, folks, I have been seeking out great food for quite a long time!   I have seen so many changes in the Food Scene here since then, and the pace of change has moved at an astonishing rate.   There was a time when the only places open on a Sunday evening was the nearby Chippie or Chinese Take-away!

Fast-forward 20 years, and I am delighted to say that The Boyne Valley has been listed as a top 10 Foodie Town  2015 for the RAI finals, and requires your help to progress further. Please cast your vote here.

Throughout the Summer months this year, a series of food and drink events were laid on by producers and restaurants to showcase the region’s produce for The Boyne Valley Food Series.  I visited Monasterboice Inn, Scholars Townhouse Hotel, and Copper & Spices Restaurant for the events they organised.  I thoroughly enjoyed each one.

The following photographs which were taken at the Taste of Meath in June, show just some of the wonderful produce we have to offer here. 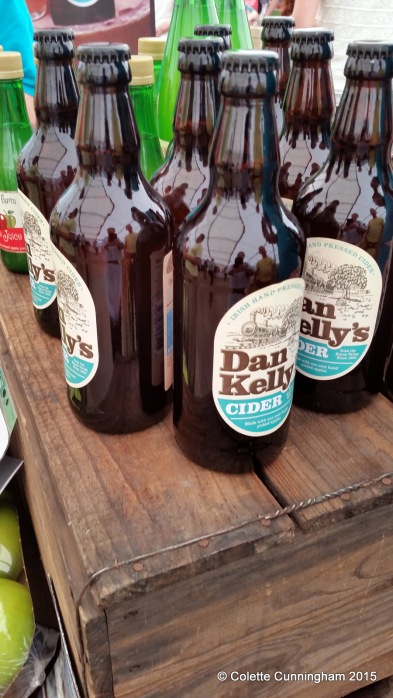 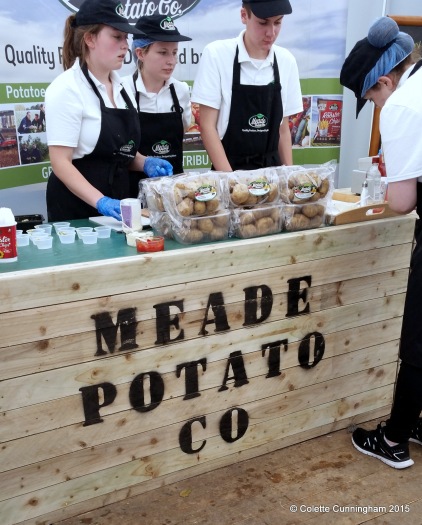 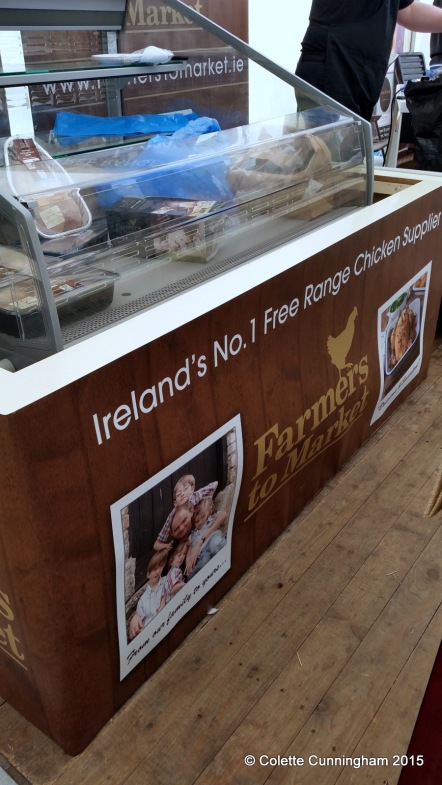 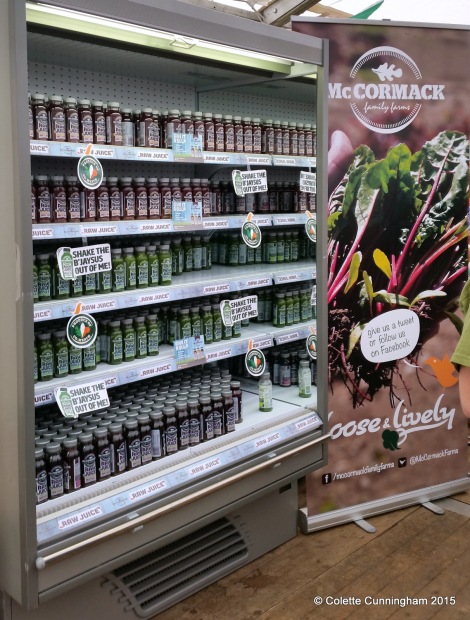 A selection of what I bought at The Taste of Meath, Oldcastle, Co. Meath

The last event of the Boyne Valley Series for 2015 takes place in Annagassan, Co. Louth, on Saturday 26th September. Hosted by The Glyde Inn, Annagassan, Co. Louth, The Taste of Togher will celebrate local produce from the area.  Also, the regional heat for the All Ireland Chowder Cook-Off will be hotly contested on the day by Chefs from both Louth and Meath.  I have the delightful privilege (along with a member of the Kinsale Good Food Circle) of judging the entries.

“The winning chef will be crowned Louth Chowder Champion.  He/She will also receive a customised trophy and be invited to represent Louth in the All Ireland Chowder Cook Off in Kinsale in April 2016. Celebrated local restaurant Fitzpatrick’s took the title All Ireland Chowder Champion in 2014 and was invited to represent Ireland in the USA, proving that we may be the Wee County but we’re big on cooking talent. Competitors this year include Monasterboice Inn, Café Aqua, Mickey from PJ O’Hares, Balazs from Linn Duachaill Restaurant, Reuven from Eastern Seaboard and Pearse from Callan’s Bar.  With so many well respected and talented chefs vying for the title of Best Seafood Chowder in Louth, it promises to be an exciting event. The battle  commences at 2pm”

I am looking forward to this final event of the series, and if this year’s events were anything to go by, I cannot wait to see what the Boyne Valley offers for 2016.  Onwards and Upwards.