I was reading through Paul Hollywood’s book, “100 Great Breads”, last week, and happened to mention on Twitter that I found some great recipes from it to try. However, a twitter-pal, was kind enough to alert me to the fact that there was a print error in the book regarding salt quantities.


Paul Hollywood has acknowledged this error on his website and has given the correct quantities, which are 7.5g to 10g of salt per 500g of flour.  In other words, Tablespoons were printed instead of Teaspoons.  He also states that the Pastries & Cake Sections of his book are not affected, only some of the bread recipes.

The recipe I chose to try was Beer Bread.  It calls for 300mls of “good beer”. I bought some Irish Craft Beers recently, and, apart from just drinking it, I wanted to use it in recipes.  Black Rock, from The Dungarvan Brewing Company, is a soft, flavoursome stout, and is well suited for use in baking.


It is a simple recipe for bread, but as usual, when using yeast, it’s the proving which takes up most of the time.


Place all the dry ingredients into a bowl, give it a quick mix through, and rub the butter in until it resembles breadcrumbs. (This is not stated in the book!)  Then, add the beer, a little at a time, until all the flour has been incorporated. 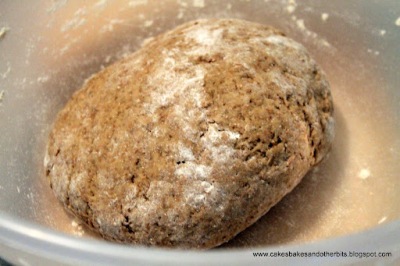 Knead the dough, on a floured surface, for about 5 minutes, put it back into the bowl, cover with a cloth or tea-towel, and leave to rest in a warm place for about an hour.


Line a baking tray with parchment paper.  Take the dough from the bowl, and on a floured surface once again, shape it into a ball, and then flatten slightly with your hands.  Cut some diagonal lines on the surface of the dough.  Place on the baking tray and leave to rest again for another hour. 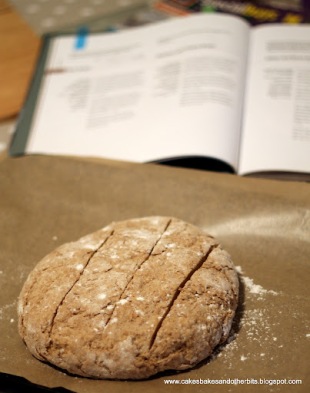 
Bake the loaf for 30 minutes.  I rotated mine half way through baking.  Place on a wire rack to cool.

This bread, as it says in the book, is delicious with cheese, and would be a perfect accompaniment to soups.